The diesel locomotive DR Class V 100.2 belongs to the type C''C'. It has three coupled driving axles each in two different frame bogies.

For the narrow-gauge railway in the Harz mountains, ten locomotives of the type DR Class V 100.2 with an 800 serial number – the number remained unchanged – were converted to metre gauge. Since then they have been listed as class 199.8 and replaced the steam locomotives used there. The Deutsche Reichsbahn initially planned a conversion/operation of thirty machines. The plan could not be implemented due to the political turnaround in the GDR and so it remained with ten converted locomotives. Since an axle load of only 10 tons was permissible, the installation of three-axle bogies was necessary. The bogie frames also carried the traction and buffing gear.

1993, the vehicles designated as “Harz camel” reached the newly founded Harz narrow-gauge railway (HSB). In the 1192 redesignation plan, the new main number 299.1 (299 110 to 299 119) was still planned. Three locomotives were modernized at ADtranz in 1998. Four no longer needed locomotives were sold and rebuilt to standard gauge.

The locomotives modernized by ADtranz were fitted with radio remote controls and two of them with additional folding, raised side buffers and standard gauge screw couplings for rolling stock. All three are still in service today. They are used universally, i.e. they are used in shunting service, in freight transport, for snow-clearing services or as replacement locomotives in front of passenger trains. The other three, which have no radio remote control, were switched off due to lack of demand.

The following locomotives were available in 2016: 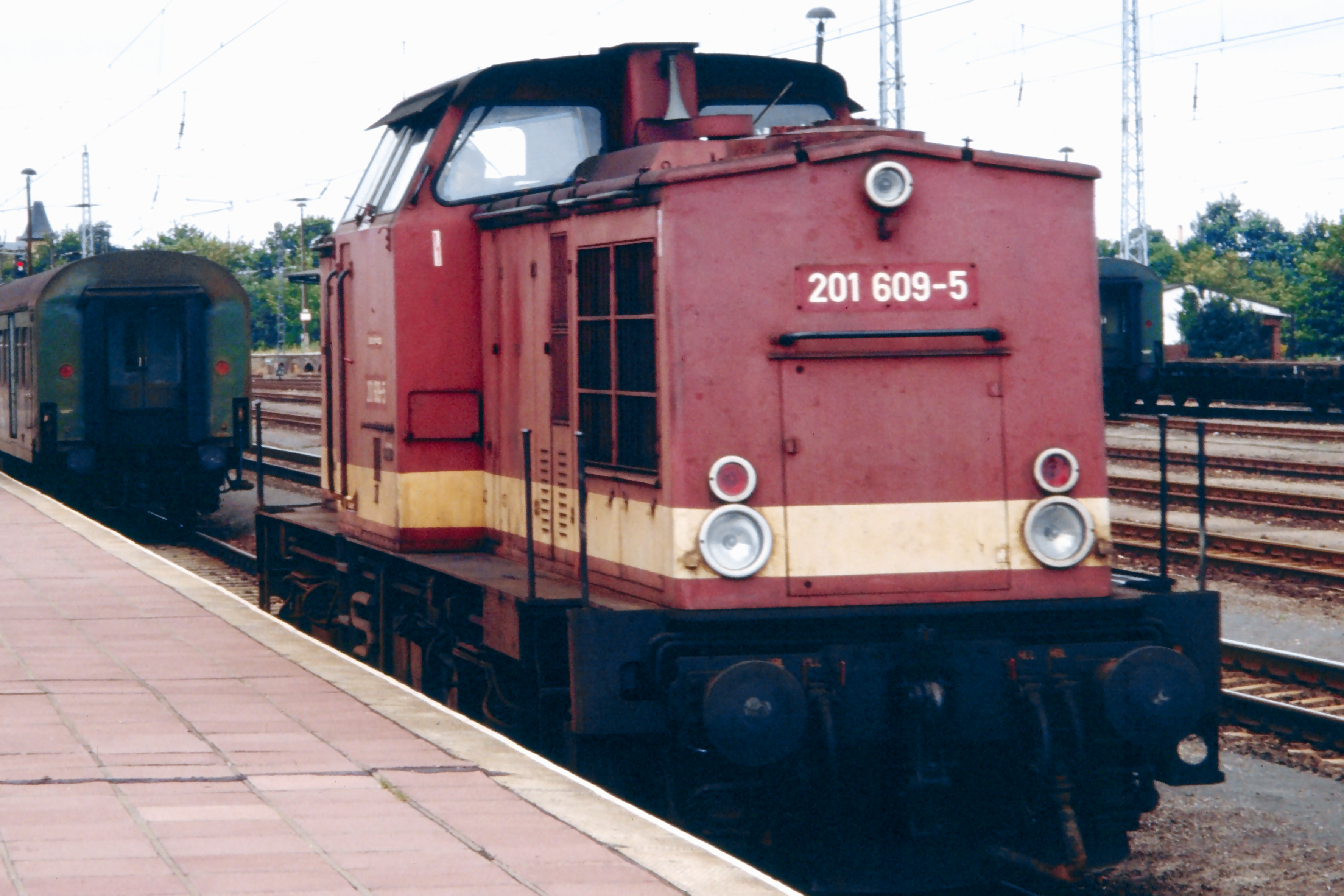 The diesel locomotive DR Class V 100 (from 1970: class 110) is a locomotive for medium service on the Deutsche Reichsbahn.